Over the last bunch of years we’ve seen the rise of the 4:3 aspect ratio. It’s not that it’s obscure because it was commonly used in film before that pesky 16:9 aspect ratio came along, but it’s not nearly as frequent as it once was. Whereas once it was a necessity it’s more often used nowadays as a stylistic choice. Because of its boxier nature we’ve seen filmmakers use it as a simple–but effective–way to visually demonstrate feeling confined. That’s why it’s a fitting aspect ratio for a movie like Fugitive Dreams.

At its heart Fugitive Dreams is a road movie about two people who accidentally meet and then travel together. There’s Mary, a woman who suffers from depression but manages to be relatively realistic about her place and circumstances in life. However, her suicide becomes merely an attempt when John barges into her life. John is more upbeat and hopeful than Mary but clearly harbours some form of mental illness. Mary wants to just escape and go anywhere, John has a more magical place in mind.

In a sense, they are both boxed in. Hence the 4:3 aspect ratio. Even though they’re on the road they are still restricted by their mental states. John may dream big but reality is more menacing than he imagines. People come in and out of their lives and cause a ruckus in various ways, often tormenting John especially.

On the flip side, Mary is a victim of her surroundings as well. She’s a lost soul, trying to free herself from the borders that hold her in place. Her desire to end her life entirely was her act of rebellion, but that being prevented allowed her to find another. These two needed to meet. 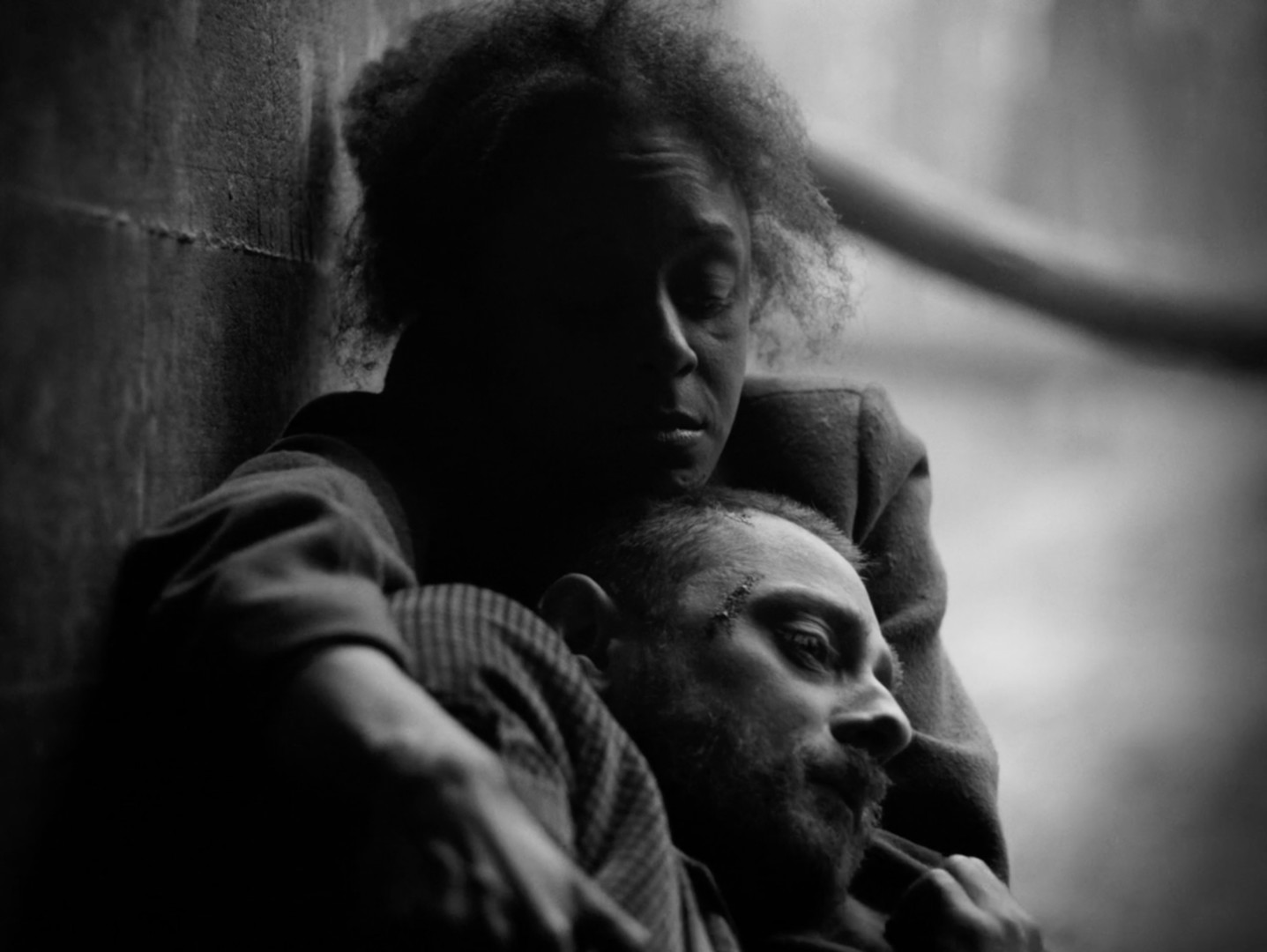 Which means that the core of the film is their dynamic. They needed to make the lives and interactions between these two outcasts believable and authentic. The writing isn’t always effective at achieving that but Robbie Tann (John) and April Matthis (Mary) elevate the material when it slips.

It takes place in a world that is not completely like our own. Sure, it takes place on our planet but there are minor elements of surrealism sprinkled within. This is both a blessing and a curse. The blessing is that it makes it unpredictable because you don’t know what character is going to pop up or what they will see. The curse is that it makes some of the dialogue come across as hokey; it’s also more difficult to make a coherent and engaging story within that framework.

For the most part it is great but I’d be lying if I said that there weren’t some moments that felt forced. It goes against the grounded nature and threatens to disconnect from the viewer. But that’s why it’s fortunate that Tann and Matthis are competent together. They’re always worth investing time into even as the movie stumbles around them occasionally. 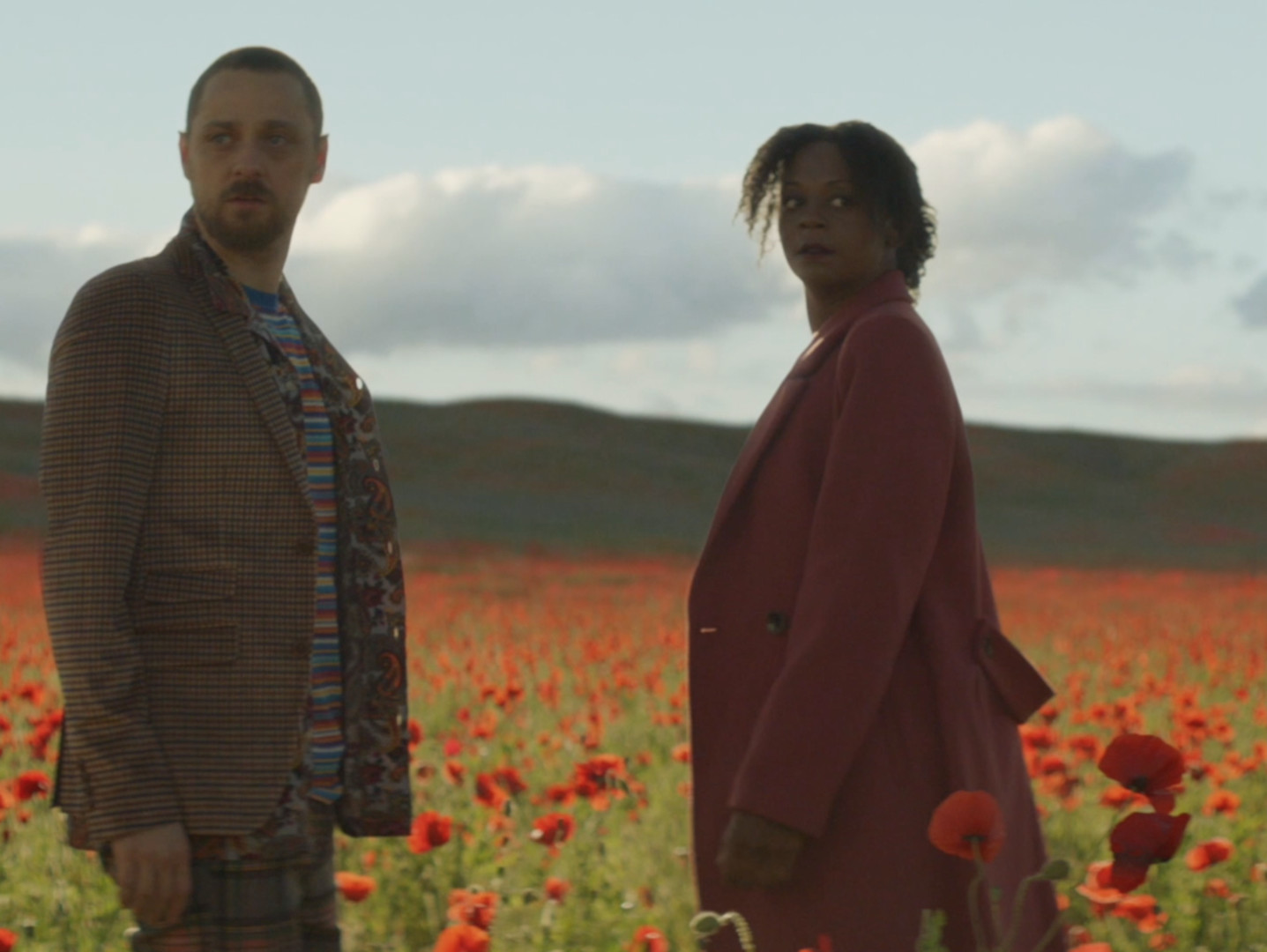 Oh crap, we stumbled into colour.

It’s not peculiar for an art film to employ a black-and-white. When used adequately it can bring an energy that a coloured flick cannot. Since we are so far removed from when it was the standard, making the decision to hearken back to the older days can–like the 4:3 aspect ratio–bring a refreshing outlook optically.

Director Jason Neulande goes a step further, however. It may begin black-and-white but there are moments, as you can see in the screenshot above, that it adds colour during select scenes. This isn’t a case of something like Sin City–talk about a completely inappropriate comparison besides their colour usage–where certain props and characteristics are coloured. It’s mostly black-and-white but there are scenes that get drenched in colour.

It’s an interesting contrast, for sure. It makes you wonder. But most importantly it serves the subject. I won’t say anymore in fear of spoiling the film, but it’s an apt judgment. Is it completely necessary? I don’t know that it is. Perhaps the subjects could have been explored without it but that doesn’t change the fact that it heightens the examination of mental health while also just being neat to look at.

Fugitive Dreams betrays itself sporadically by succumbing to banality, but for the most part it’s an honest and entertaining attempt at saying something meaningful. Even though they don’t deserve awards for their performances, tapping Tann and Matthis for the lead roles was a good choice because they work well together. I really liked the flick, ultimately, but feel that it could be a little more than it is. Allegory can lead you so far but there needs to be a little more meat present to take it from very good to great.

Should have taken this guy with them on the trip.

BETTER THAN RUNNING WITH TOILET PAPER ATTACHED TO YOU

Fugitive Dreams could have been a little more than it is, but that doesn’t mean that it’s not worth your time. The writing could be tighter and rely less on its metaphorical nature to get it across, but for the most part the human interactions and the story are effectively told. Even when they’re not, Tann and Matthis are lovely together.