Exploring the first film of from the lesser known McDonagh brother.

There’s a good chance that you’ve heard of Three Billboards Outside Ebbing, Missouri since it was one of the best films of 2017 and got a lot of recognition for being so. It’s also likely that you’ve heard of In Bruges, a dark comedy featuring Colin Farrell. But why do I mention these, since they aren’t directed by the same guy who directed Second Death, the film I’m supposed to be discussing right now?

Those were written and directed by Martin McDonagh, but fewer people know that he has a brother who I feel is equally as accomplished as a filmmaker. That man is John Michael McDonagh, and he is responsible for Calvary and The Guard, two flicks that, in my humble opinion, match the best that his brother Marty has to offer.

I’m a huge fan of both of these men. They are some of the sharpest writers in the business right now. If dark comedy is what you want, both of them absolutely nail it because they are unafraid to go in directions that are both unexpected and frankly, a little offensive. They are the remedy to politically correct driven times and they are masters of the art. 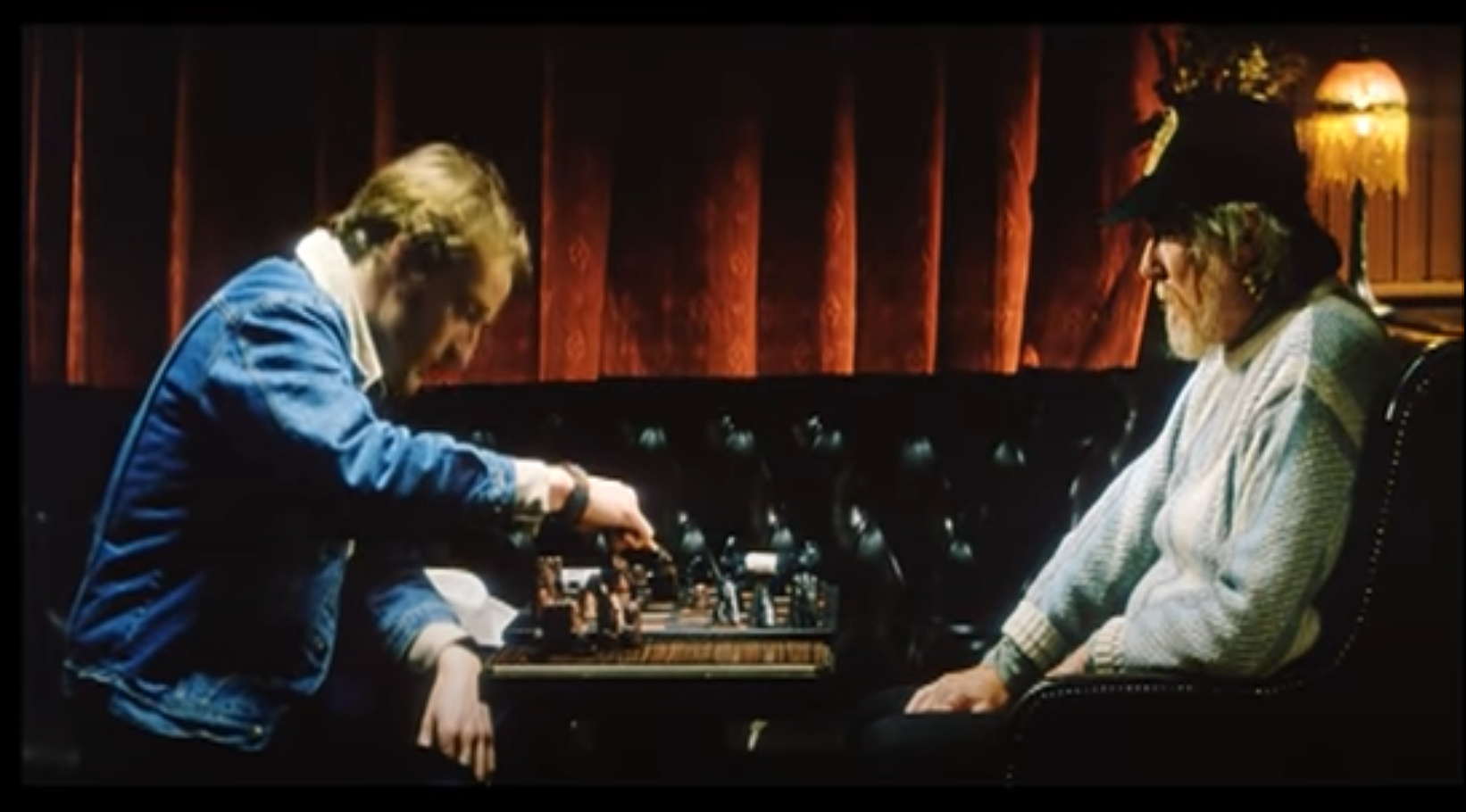 The guy on the left is me when I’m playing chess. Just kidding, I’m too dumb to even understand chess.

So I wanted to watch John Michael McDonagh’s first short film, Second Death. It is not what I would recommend you watch first if you are unfamiliar with his body of work, but the seeds for what he would become were clearly planted early. Having seen his future films because I am in fact from the future, it’s nice seeing the genesis of some of the characters that he would later expand upon and change.

McDonagh’s tone was present from the outset. It’s not as hilarious–or oddly sincere–as Calvary or The Guard, but there are some choice moments in Second Death where he taps into some of that pitch black humour that he is known for.

Part of the reason I enjoy discovering the early (and short) works of directors I admire is because it’s intriguing to see the talent–or lack thereof in some cases–that was on display from the beginning. Unsurprisingly, Second Death is much smaller fare than what he would go on to do, but there are still nuggets of gold scattered throughout. This is good, but not great.

You won’t believe who had a cameo in this! It’s this guy.