Or: Once Again Stick Figures Are More Emotional Than Humans

In World of Tomorrow Episode 3 (full name World of Tomorrow Episode 3: The Absent Destinations of David Prime), director/animator Don Hertzfeldt returns to a story that, up until this point, focused on Emily. Emily is a little girl who gets introduced to concepts well beyond her comprehension, such as human cloning. The first two episodes revolved around that concept both thematically and comedically. They were fantastic, with the first episode being slightly better than the second.

With Episode 3, Hertzfeldt turns his attention to David Prime, the man that a version of Emily falls in love with. This time the focus is on his journey as he tries to right some wrongs and take control of his own destiny. This too is fantastic.

At some point we have to just come out and say that Hertzfeldt is one of the best directors working today. His work is well respected, with accolades across the industry, but because he works in short films primarily you don’t see his movies showing up in theatres. I mention this because Episode 3 helps make the case that the trilogy–with more on the way according to his Twitter–is a masterpiece. It’s about as good as the first episode and I cannot wait to see what happens next.

So what makes this so good? Take a seat, friends. 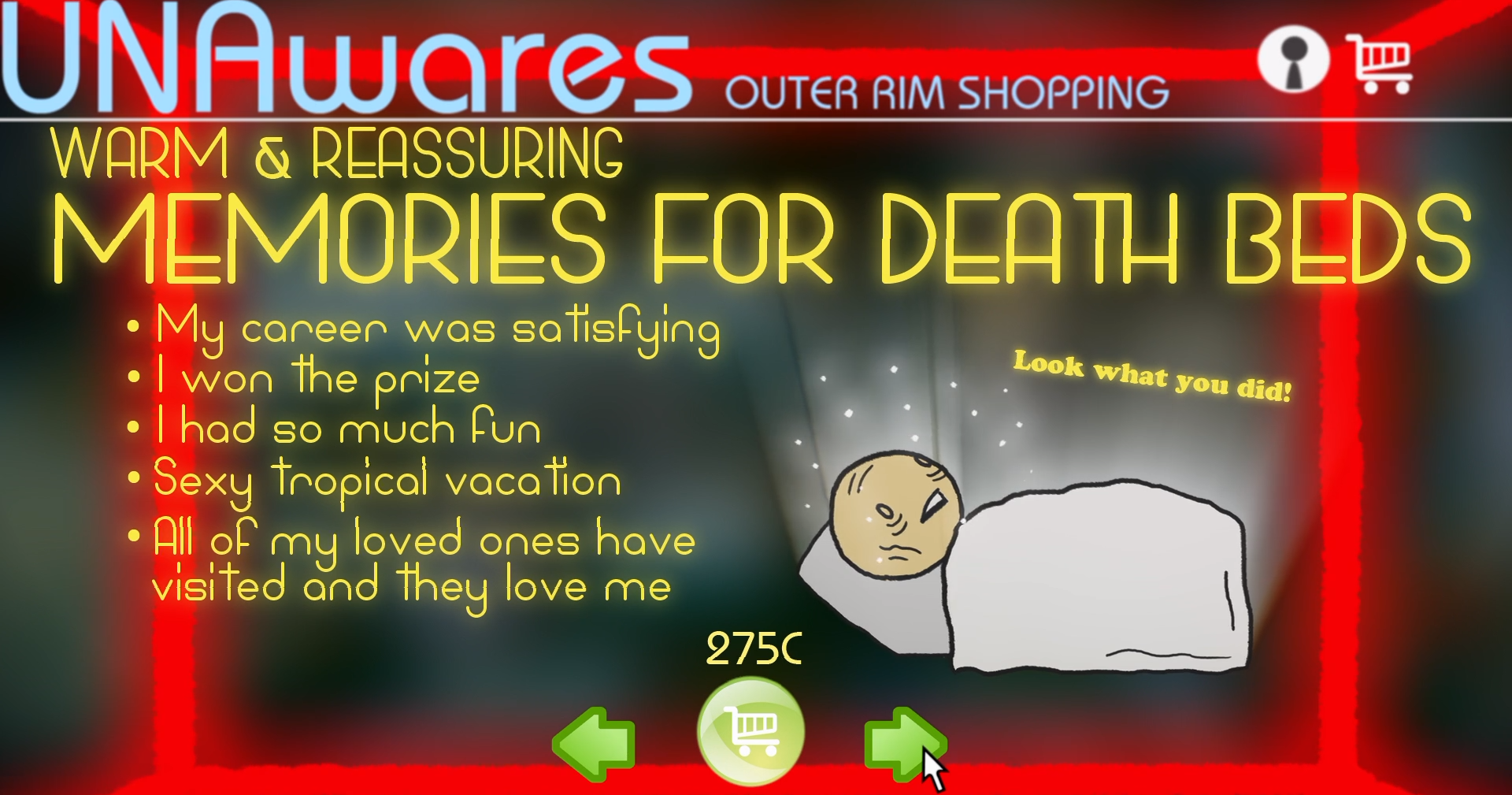 CAN I SMASH THE “ADD TO CART” BUTTON ANY HARDER?

Hertzfeldt’s claim to fame has always been his animation style. It can seem overly simplistic because he uses stick figures for characters. But in using them he showcases how you need very little detail in order to portray deep emotions across the spectrum. Little physical movements or the way an eye might twitch to indicate deterioration is all that’s necessary. Anime has known this for years, so does Hertzfeldt.

With World of Tomorrow it’s not just the minimalist character design that’s present; he crafts an exciting science fiction buffet that drenches itself in surrealism. There’s a lot going on at any given point so it’s a little difficult to follow at times but it also rewards repeated viewings (so does the writing, but we’ll get to that). When watching it initially a clever visual gag may seemingly be hidden away, but upon a second or third viewing it will make itself known and the scene will get even better.

The way he uses colour and the deceptive attention to detail all pushes forward the talent this man possesses, while never getting in the way of the story that he needs to tell. Lines can distort your perception of what’s going on or be placed in awkward places, but it all serves a very deliberate purpose. There isn’t any wasted space because even the more empty moments are powerful narratively.

There are times that it will shift from a smorgasbord of flashing colours and rich tapestries of weirdness to a reprieve of quiet solitude, where everything has been stripped away and we are left with Hertzfeldt’s humble origins: a stick figure with a solid colour background. Whenever this happens the contrast is insanely effective.

Of course, I can go on and on about how it looks but how it sounds is equally important. I would argue that while his claim to fame is the animation, it’s the writing that always takes centre stage. That is no different in Episode 3, which tackles the same type of themes as the previous instalments.

It’s a continuing story that keeps evolving. It can get pretty heavy but what keeps it from being occasionally pretentious is that Hertzfeldt can always inject some comical flair. Whether he chooses a subtle, silly or complicated joke is dependant on the situation. But regardless, he creates a mosaic of humour that can appeal to anybody while not sacrificing his own integrity for mainstream appeal. When the lives of stick figures cause you get distress.

With that said, it did elicit less laughter from me than the previous two episodes. That isn’t to say that it doesn’t have some choice dialogue, but it evoked a comparison to Deadpool and Deadpool 2. Like that superhero franchise, the sequel traded in some of the jokes for a more thrilling plot. I felt the same way about Episode 3. It’s the longest of the three but it has fewer good jokes per capita.

It isn’t bad, just different. It was set-up like a romance flick and maintained that central element of love throughout. But at a certain point it morphs into something else; something less predictable. Of the three, it caused the most devastation to my heart. And just from a purely plot-driven perspective, it told the more enticing story and went places the other two did not. If one of the three could be drawn out into a longer story and still be pleasant, it’s this one.

I can’t predict where this goes but World of Tomorrow Episode 3 is a catalyst to a bigger adventure. While they all consist of an extreme amount of monologuing, this one moved past that to some extent. Because the fundamental motifs have been explored thoroughly I wouldn’t be surprised if the next tale proceeds down a similar path to this one. I welcome whatever comes.

I try to put some humour into reviews by cracking a joke here or there but periodically a flick comes along that just makes me want to gush. World of Tomorrow Episode 3 is one of them; a film that I anticipated so much once I heard of its conception that refused to be anything other than stellar.

If you’re into what the series has been so far it’s undeniably good and without any significant flaws. There are little moments that could be nitpicked but in the grander whole they were so easy to overlook that I didn’t even bother mentioning them. The main point I need to emphasize here is that this is among the finest films of the year. Where it lands when I do my list at the end of the year has yet to be determined but it’s in the running for the number one spot.

The Best Bunny Critic in the Business Says

Before you get to the human’s final score, here’s what the rabbit has to say. Feel free to use this as a blurb in advertisements.

“There are a lot of bunny pictures in this movie. That’s awesome. It made me happy. The rest of the movie was really good too. Hertzfeldt continues to impress with his skills, crafting a really funny and intelligent movie about all kinds of things that humans can’t possibly understand (but I can). 10/10”

THAT'S ENOUGH, GET TO THE HUMAN SCORE

Don’t let the stick figures fool you. Fans of Don Hertzfeldt have much to be rejoiceful about. World of Tomorrow Episode 3 is one of the best movies of the year. It’s funny, intelligent and never boring. It accomplishes all of this while not demanding that much of your time.